Have you ever worked in Australia but have never intended to call it your permanent home? If so, you may well be interested in learning how to reclaim some of the tax that you paid while you were on those shores, but don't know how to go about this. Where should you start in order to get back the money that you're due?

Were You a Tax Resident?

Firstly, you must be clear about your "tax residency" and whether you were in fact a resident or a non-resident for tax purposes. If you came in on a temporary visa, then you will probably have been charged at the "non-resident" rate, as this is stipulated by government tax law. Usually, those taxes will have been charged at a higher rate than if you had been classified as a resident at that time.

You should ask your adviser whether you can qualify as a resident in this case, as if so, you may well be entitled to a refund of the difference between the lower and the higher rate. If you were in Australia for more than just six months and became integrated with your local society to an extent, this may be enough to classify you as tax resident.

Australian law requires superannuation to be taken out at source, and this is the percentage of the salary that is earmarked for retirement. Of course, if you're not planning to stay in the country until that time, you will be entitled to get this cash back. You should note, however, that your temporary visa must either expire or be cancelled to mitigate this process. You may be pleasantly surprised to learn how much money could be coming your way as a superannuation refund after all those months of deduction.

Finally, have a look at the expenses you may have incurred on behalf of your employer that were not taken into account during your tax computations. You may find that some of them were tax deductible, and if you have proof of payment, then you may well be able to get a refund.

To help make sure that you get everything that is due to you, it is best to contact a tax preparation service so the paperwork submitted to the government is as complete as possible. 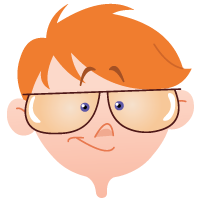 Hello, my name is Stuart and I live in Sydney, Australia and this is my accountancy blog. I have always loved numbers. When I was a little kid, my granddad would sit me on his knee and make me recall the times tables. I also remember counting all the money in my piggy bank and my dad explaining the concept of compound interest to me. Although I didn't enter the accountancy trade, I still keep in close contact with the industry and like to keep up with what is going on. I hope you find this blog very useful and that it helps you to save a little money one way or another!